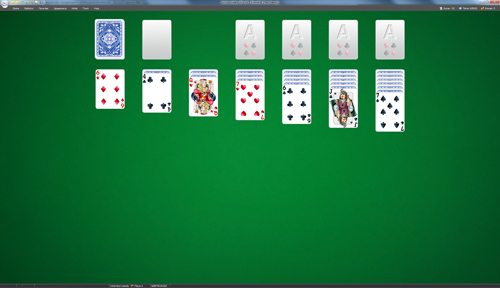 Klondike is probably the best-known solitaire (patience) in the world and gets its name from the Klondike gold rush. Many people know it simply as "Solitaire", but it also may be referred to with any of the following names: Chinaman, Demon, Demon Patience, Fascination, Gold Rush, Patience, Small Triangle, Solitaire or Triangle. It is also erroneously called Canfield.

On its traditional version Klondike is played with one pack of cards, but it can played with two packs of cards: this variation is called "Double Klondike".

Some known variations of the Klondike solitaire are: Agnes, Easthaven, Thumb and Pouch, Westcliff and Whitehead among others. 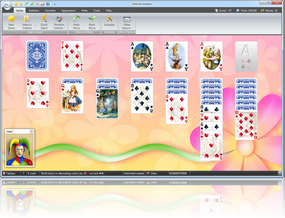