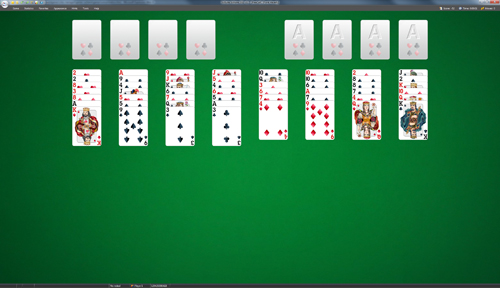 "Eight Off boasts the rare distinction of having formed a subject of discussion and problemism in Martin Gardner’s column in Scientific American, where it appeared (June 1968) in a slightly harsher version named after a mathematician, C.L. Baker, who drew it to hid (Gardner’s) attention." (David Parlett, The Penguin Book of Patience, Allen Lane, London, 1979, ISBN 071391193X, p. 312-313)

Eight Off was gradually modified in some aspect, until Paul Alfille had the idea to allow packing of cards on the tableau in alternate colors, obtaining nearly every deal solvable. Alfille wrote the first version of FreeCell in 1978. The popularity of the game grew thanks to Jim Horne that wrote one first alphanumeric version for the DOS and a second one for Windows. 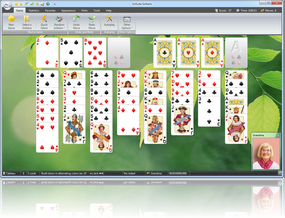