According to legend, Canfield solitaire was invented in the 1890s by Richard A. Canfield, an American gambler and a casino owner in upstate New York, who created this game to play in casino. Canfield Three Decks is a 3 decks version of Canfield and is an original SolSuite Solitaire. Canfield Three Decks Solitaire has an high chance of winning: about 1 in 3 games (33.3%). Its aim is to move all the cards to the foundations. Note that in Canfield the base card (the starting foundations card) is the first card dealt and will vary game by game. 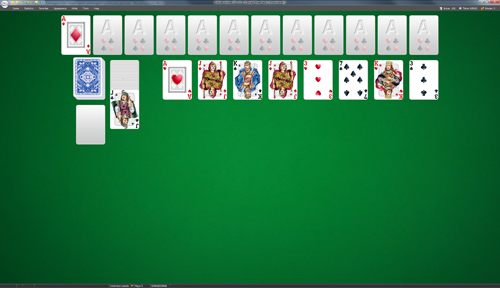