Aces Square is an easy solitaire to play with a medium chance of winning: about 1 in 8 games (12.5%). Its aim is to discard all the cards in pairs of the same suit that are in the same row or column, except the four Aces. Aces Square is an original solitaire of SolSuite Solitaire Collection. 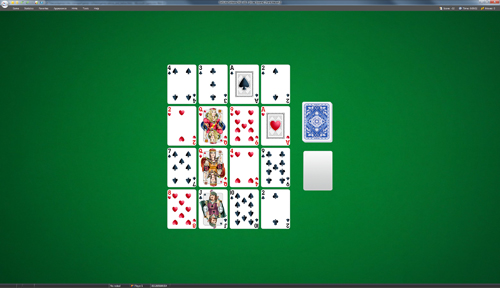